The Upper Blackwater opens on April 1st for trout fishing and fishes through to September 30th. Salmon generally do not arrive in the beat until June, and cannot be fished for prior to June 1st. August and September are historically the prime months. 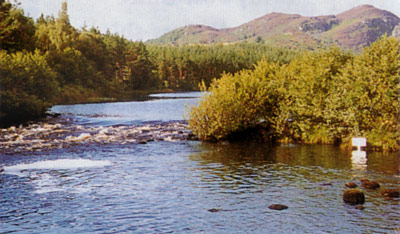 The fishing is generally by fly only, but spinning is permitted during spate conditions when water levels are above the red markers on the gauge boards. Best flies can be summarised as the 'usual suspects' - Ally's Shrimp, Cascades, Stoat's Tail and Silver Stoat.